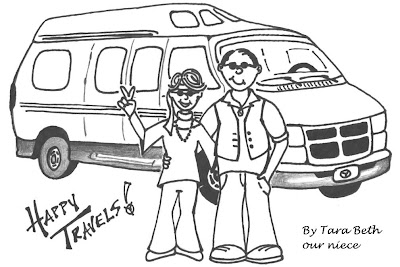 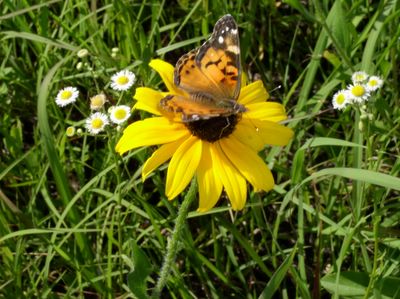 We are not nor have ever been owners of flashy cars—except for this ‘67 Camaro, which is our pride and joy.  We tend not to drive it for fear of dings or dents.  A nearly perfect weather forecast convinced us it is time to do a little cruise of this spring wine trail provided by the Hermann area wineries.  The weekend was just as I imagined.  Lots of good wine and fun with the car.

We probably received the most waves going down the road from motorcycle riders.  But, that might have been because the small pop up tent camper we were pulling is actually a retro motorcycle trailer, Kwik Kamper.  The campground provided by the city of Hermann is clean and priced appropriately. 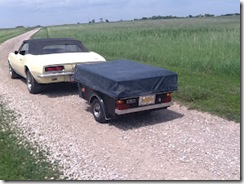 Of course, many are interested in or also own classic cars so there are always opportunities for conversation.  This happened at almost every winery stop.  On Saturday, we followed a group of young girls celebrating a birthday.  The more wineries we visited, the more they tried to talk Dan into letting them ride in the back seat, even to the point of taking pictures.  I think he enjoyed those conversations as much as what was under the hood.

It is noticeable in the pictures that one hubcap is missing.  On the way to Hermann on I70, we hit a pot hole and the resulting noise was exactly as Dan predicted—we lost a hubcap.  At the time, we were both disgusted and did not go back.  The more we thought about it, we decided to try to find it on the way home.  We knew pretty much where it happened.  Sure enough, there is was—along with an assortment of other hubcaps.  I am sure there were more there, but Dan stopped looking when he found ours.

Great fun for a quick weekend get-away—in any type of transportation!

Symphony in the Flint Hills 2009

Symphony in the Flint Hills 2008

Iowa and South Along the Mississippi River November 2007

Symphony in the Flint Hills 2007